The Racing Post Trophy is a group 1 event that takes place in October of each year at the Doncaster racecourse. It’s a one mile race for two year old horses and is a relatively new race compared to some, first taking place in 1961. Nevertheless, it’s a much anticipated race, in fact one of the top two year old races of the season.

As with many well known races, it’s had numerous sponsors over the years, including The Observer and William Hill, as well as different race titles ‘Observer Gold Cup’, ‘Futurity Stakes’ etc. The Racing Post trophy , as it is now known, is the last Group 1 race of the flat racing season.

Two absolute legends of racing are to this day still the leading jockey’s of the event, with both Lester Piggott and Pat Eddery, both with 5 wins. Leading trainer is yet another household name, Henry Cecil with 10 wins from 1969 to 1993.

The Champion Stakes is a group 1 event first taking place in 1877. It’s well up there as a flat race that draws immense excitement and competition each and every year. At a distance of 1 mile and 2 furlongs at Ascot racecourse, the Champion Stakes  takes place in October,  on British Champion’s Day. This fact alone informs you on the quality of the event.

In fact, so respected is the race that for a period of time the Champion Stakes was part of the Breeder’s Cup Challenge series which encompasses races held around the world (the US, Canada, South America, South Africa, Europe, Japan and Australia) with the prize of automatic entry into a Breeder’s Cup race.

The Champion Stakes was originally held at Newmarket, and moved to Ascot in 2011 to become part of the aforementioned Champion’s Day at Ascot. Understandably with such a stellar reputation, the race comes with a healthy prize pot. In fact the £1.3m purse for the race is said to be ‘the most valuable mile and a quarter race in Europe’. It’s the final race of the British Champion’s Series Middle Distance category and attracts the best of the best of middle distance runner.

The reputation of the race is second to none and that shows in the trainers that have this on their target list. No better illustration can be given than highlighting the fact that Frankel, ridden by Tom Queally, won the race for Sir Henry Cecil in 2012. It was the 14th straight win of Frankel’s career and in fact his final race.

This isn’t Tom Queally’s sole success at the event either, with wins on Twice Over (aptly twice!) in 2009 and 2010. The 2018 winner of the Champion Stakes was Cracksman, ridden by Frankie Dettori and trained by John Gosden. Prize money for first place is currently £737,230 . Taking place at Sandown this Grade 3 National Hunt steeplechase is held in late April each year. The distance of the Bet365 Gold Cup is 3 miles 5 furlongs and there are twenty four fences to be cleared. The meeting in which this race occurs features both flat and national hunt racing action.

This handicap race was first held in 1959 and so relatively speaking it’s one of the more recent ‘ones to watch’ in comparsion to races steeped in centuries rather than decades of history like the Aintree Grand National. The race was originally called the Whitbread Cup and has had other sponsors over the years such as ‘At The Races’ and Betfred. It has the distinction of being the last big race of the National Hunt season, and the seeing the horses jump the  famous Railway Fences is a real ‘you’ve got to be there’ moment.

Suited to horses aged five and above, the race was clearly a favourite of trainer Fulke Walwyn, winning 7 times between 1958 and 1984 with horses such as Mill House, Diamond Edge (twice) and Special Cargo. Diamond Edge shares the joint record of most successful horse with two wins, an honour shared with Larbawn, Topsham Bay and Ad Hoc. 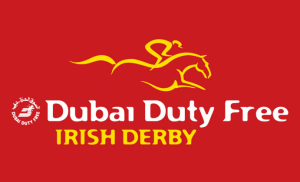