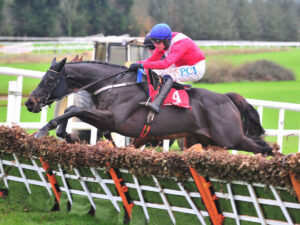 Of course, a novice chaser is a horse that, prior to the start of the current National Hunt season, has yet to win a race over regulation fences (I could draw parallels to novice online casino players). According to Timeform, the top three highest rated horses in that category in 2021/22 were Galopin Des Champs (175p), Ferny Hollow (166p) and Gentleman De Mee (164p). Interestingly, all three were trained in Ireland, by Willie Mullins in Closutton, County Carlow.

The 6-year-old Galopin Des Champs, who won the Martin Pipe Conditional Jockeys’ Handicap Hurdle at the 2021 Cheltenham Festival, made a seamless transition to the larger obstacles, akin to a online casino gaming player, showing others exactly how it’s done. He won his first two starts of 2021/22, including the Grade 1 Ladbrokes Novice Chase at Leopardstown in early February, with a minimum of fuss. At the Cheltenham Festival, he was sent off at a shade of odds-on to beat his only serious rival, Bob Olinger, in the Turner Novices’ Chase and, for much of the way, looked like doing so comfortably. However, he fell at the final fence, when 12 lengths ahead, leaving his seemingly well beaten rival to land the spoils. Galopin Des Champs did, however, resume winning ways in the Grade 1 Boylesports Gold Cup Novice Chase at Fairyhouse in April and remains a top-class prospect.

Ferny Hollow, winner of the Weatherbys Champion Bumper at the 2020 Cheltenham Festival, also made a bright start to his chasing career, winning at Punchestown and Leopardstown before injury intervened. Indeed, he was as short as 6/4 favourite for the Arkle Challenge Trophy before being ruled out for the remainder of the season with a suspensory ligament injury.

Gentleman De Mee was beaten 19½ lengths by Ferny Hollow on his chasing debut at Punchestown in early December but, having bypassed the Cheltenham Festival, took his form over fences to a new level in the Grade 1 Maghull Novices’ Chase at Aintree. On that occasion, he made all the running to beat the Arkle Trophy winner, Edwardstone, by 4 lengths and is another with a bright future.